List of online casinos with games from the developer Betsoft

Betsoft Gaming company develops software for online casinos. The company is headquartered in London. The main focus of our employees is to create video slots with high-quality animation and detailed graphics.

Betsoft Gaming is not one of those developers that are heard by a wide audience of online casinos. If you ask an ordinary gambler about the most famous software providers, they will name Microgaming, NetEnt, Playtech and several other companies. Despite its 17-year existence, Betsoft Gaming has not yet been able to become one of the above-mentioned world-famous companies (in terms of popularity), however, using many years of experience of developers, as well as the use of advanced technologies in their development that help make really high-quality 3D games, it will soon be able to do so. If we talk exclusively about competition and recognition in the field of developing 3D slots for online casinos, Betsoft is the undisputed leader in this field. It is not for nothing that the company logo bears the inscription-The leader in 3D Slots Gaming.

We have selected for you a list of the most reliable online casinos with an excellent reputation among players, where you can find software from Betsoft. 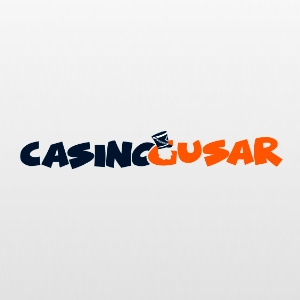 The history of the company

Betsoft Gaming was established in 1999 in the United Kingdom. At first, it was engaged in the delivery of regular slots and did not have much popularity. In 2008, Betsoft released the first slots of the new Slot3 line with three-dimensional graphics, which was the impetus for ee to advance in the field of development. They became Good Girl Bad Girl, The Slotfather the True Sheriff and.

In 2010, the company signed partnership agreements with NYX and Bet365.

In 2012, Betsoft Gaming launched its own mobile platform, ToGo, which contains the most modern games created using the latest technologies. They are designed for devices based on Android, iOS and Windows Phone. The launch of this platform marked the further development of the company's developments towards mobile devices. The ToGo platform allows users to play better slots for their gadgets, while maintaining the quality, detail, and animation of computer slots. At the moment, this platform provides the best 3D games for mobile. As of the end of 2016, there were just over 60 games on the ToGo platform.

In July 2014, the Alderney gambling control Commission suspended the license for Betsoft for unknown reasons, due to certain violations. It also gave the company time to correct errors, but Betsoft voluntarily refused the license, continuing its journey with a certificate from Curacao eGaming.

In the same year, deals were made with online casinos - ComeOn, Tain, Kroon Casino, Chumba Casino, BetConstruct, Leo Vegas and many others.

In 2015 and 2016, such sites as StarCasino, SlotsMillion Casino, TipexBet, XBet and others joined the list of casinos with Betsoft software.

In September 2016, the new Great 88 video slot, part of the Slots3 series, was introduced. It consists of five reels and 30 lines, and its design is made in the Asian style. In November of the same year, BetSoft Gaming pleased fans of cute cats with a 3D Kawaii Kitty game consisting of five reels and 10 lines. In the same month, the Shift platform was introduced, which we mentioned earlier.

Also in mid-December 2016, the Slots3 collection was expanded with the Sin City Nights game. This is a video slot with five reels and 25 lines, designed in the style of Las Vegas night. Around this time, BetSoft Gaming entered into an agreement with Microgame S. p. A (one of the leading providers of gambling software in Italy), according to which they will deliver their 3D games to all online casinos that use Microgame services.

The year 2017 started quite successfully for the company, as on January 10, a deal was signed with the Armenian company Digitain, which is the operator of the casino and bookmaker of the same name. According to the deal, Digitain can place video slots and table games from BetSoft in partner online casinos.

Betsoft is a leader in the development of 3D online slots. No other company can boast of such an assortment of 3D games. Old games from BetSoft are quite difficult to find, and they did not stand out in any special way. But the new games from this Studio are known for stunning three-dimensional graphics, which is not inferior to those in modern movies and cartoons; unique and interesting themes, excellent sound and intuitive controls. We can say that it is the games from this company that set the tone and guide for all other companies in the field of 3D games for online casinos.

Each Betsoft slot machine has its own design style, which allows you to distinguish them from other developers ' products.

Colorful 3D slots have become the company's business card. However, developers do not forget about the internal content of the released games. Many of the company's slots look more like a cartoon than a game: they have a story, animation, and video that provide users with a unique gameplay experience. The main goal of the developers from Betsoft Gaming is to create fun slots that will not be similar in any way to the boring counterparts of other companies. Thanks to this approach, each slot machine from Betsoft can be called a work of art, because it is a separate