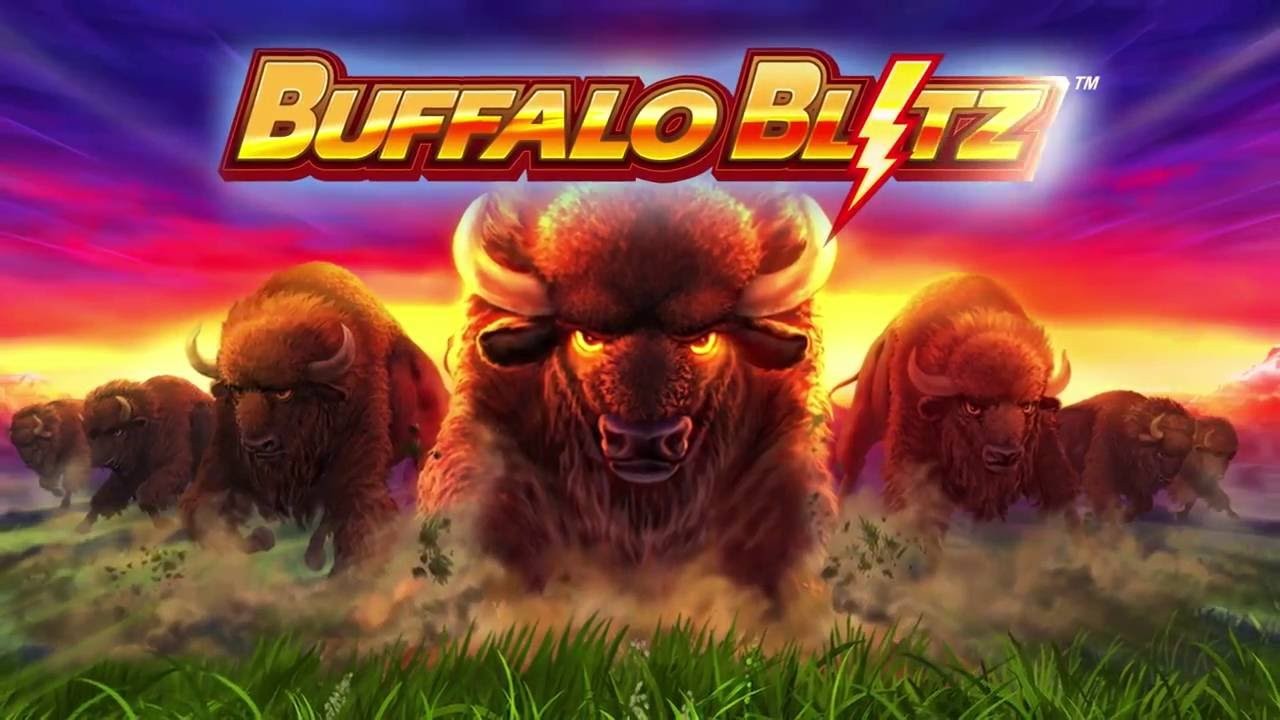 TOP online casino where you can play the Buffalo Blitz

North America is distinguished by its amazingly rich and beautiful nature. Here, on the border with Canada, in the forest zones, you can meet a wide variety of fauna - from raccoons to bears. In addition, there is a mild and comfortable climate, as well as beautiful flora - with bright evergreen forests and lush grass in the meadows.

It was the North American states that became the inspiration for the Playtech studio when it developed its new Buffalo Blitz slot machine. Its design uses elements of nature from regions such as Montana, Wyoming and Wisconsin. Subdued but beautiful colors, bears and moose on symbols and buffaloes as central characters - all of this is filled with a very special atmosphere.

But Buffalo Blitz slot machine is able to please not only the eye, but also the wallet. For example, high symbols are paid out from 2 pieces per line, and scatters bring up to 100 free spins. What else do you need for quick wins? See for yourself - on our site you can play Buffalo Blitz slot for free.

The Buffalo Blitz slot machine meets with a rather large field. It consists of 6 reels, each of which has 4 rows (that is, a grid of 24 cells). There are no prize lines here, but there are 4096 winning combinations.

The set of basic symbols is subdivided into minor and major denominations. The first includes card "characters" - nine, ten, jack, queen, king and ace. In the second - animals of North America: elk, bear, raccoon, lynx and buffalo. Lowest denomination symbols are paid if they appear on at least three consecutive reels; senior - two.

There are two special characters:

The number of free spins in the bonus round depends on the number of scatters dropped on the field. 8 free spins are awarded for three symbols; for four - 15; for five - 25; and, finally, for 6 - 100. Yes, here you can get 100 free spins. If you are very, very lucky, of course. 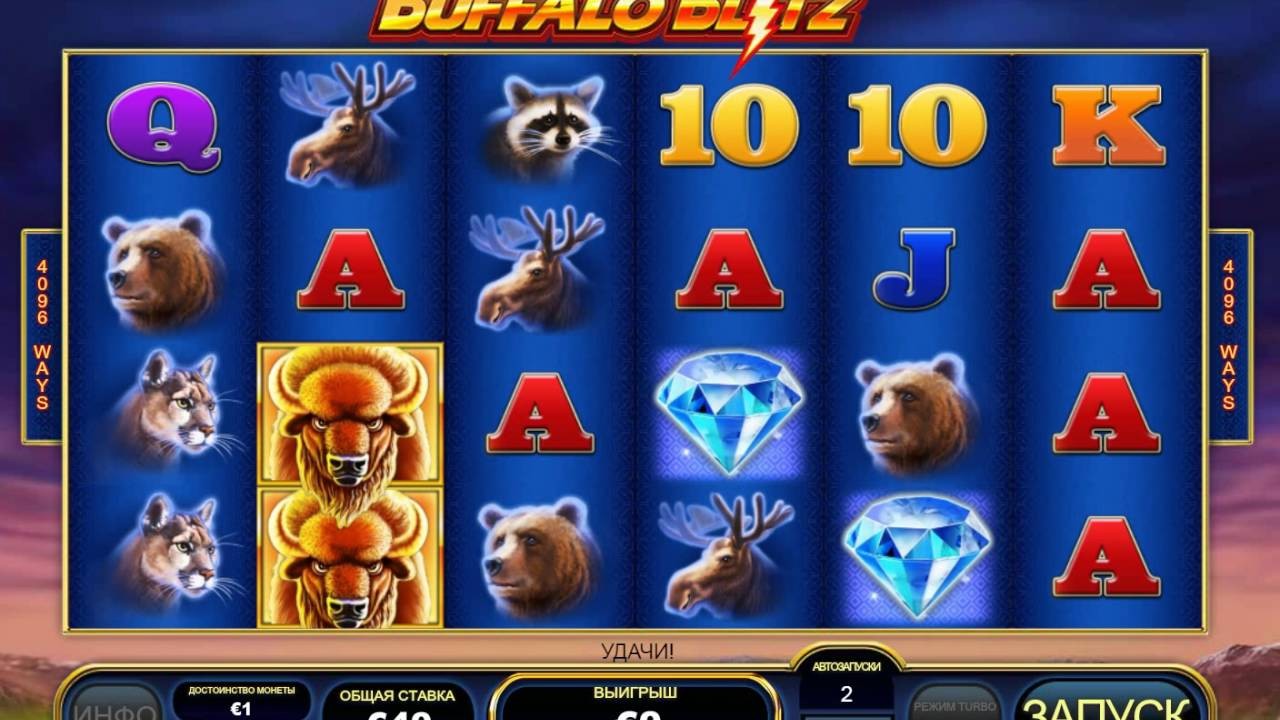 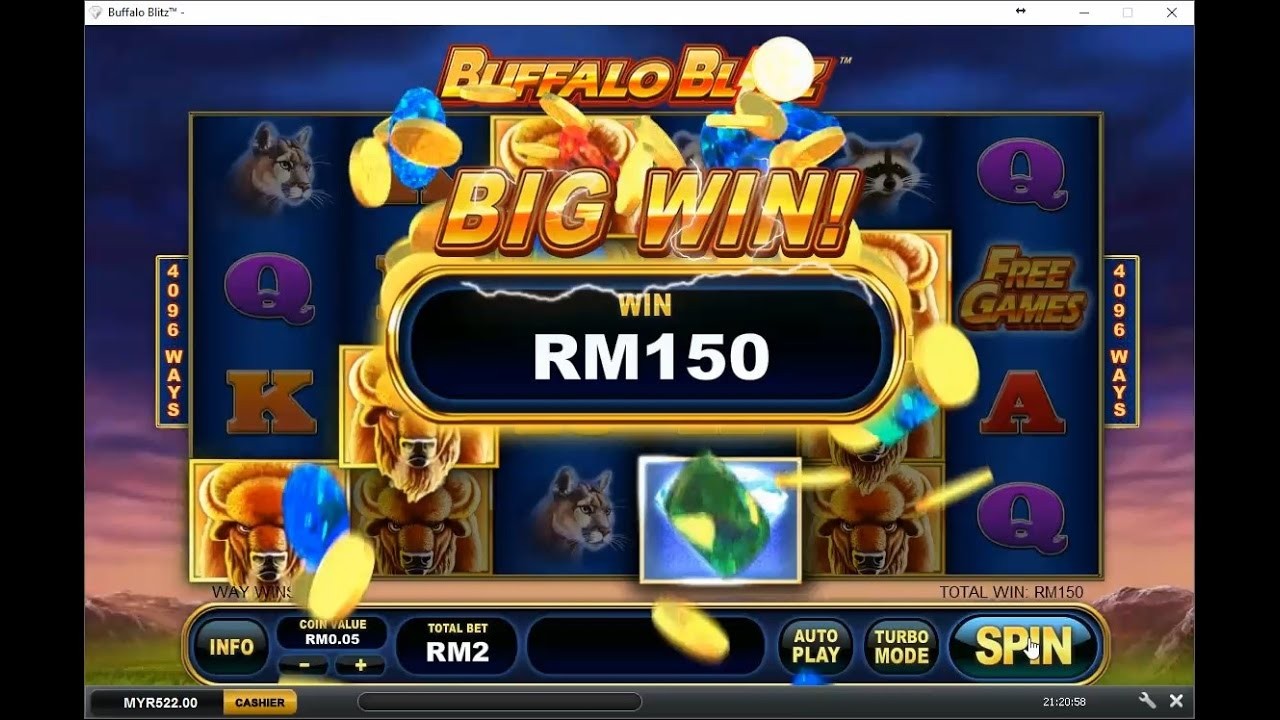 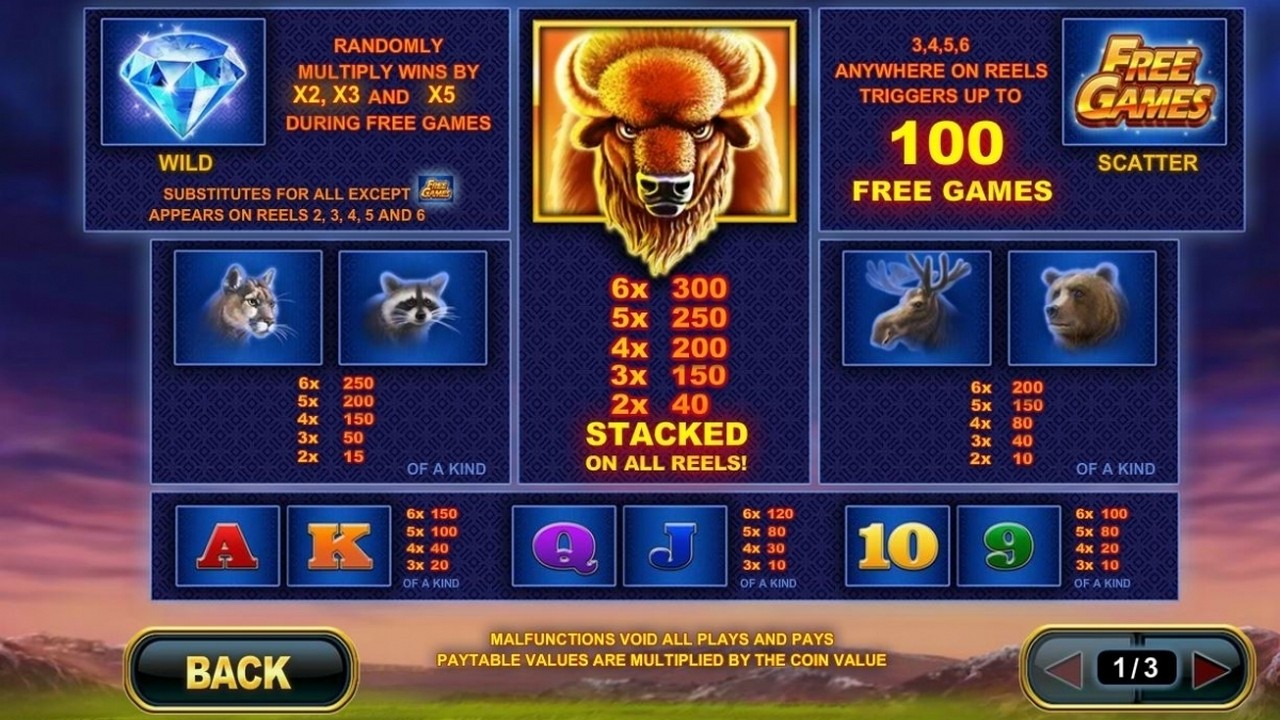 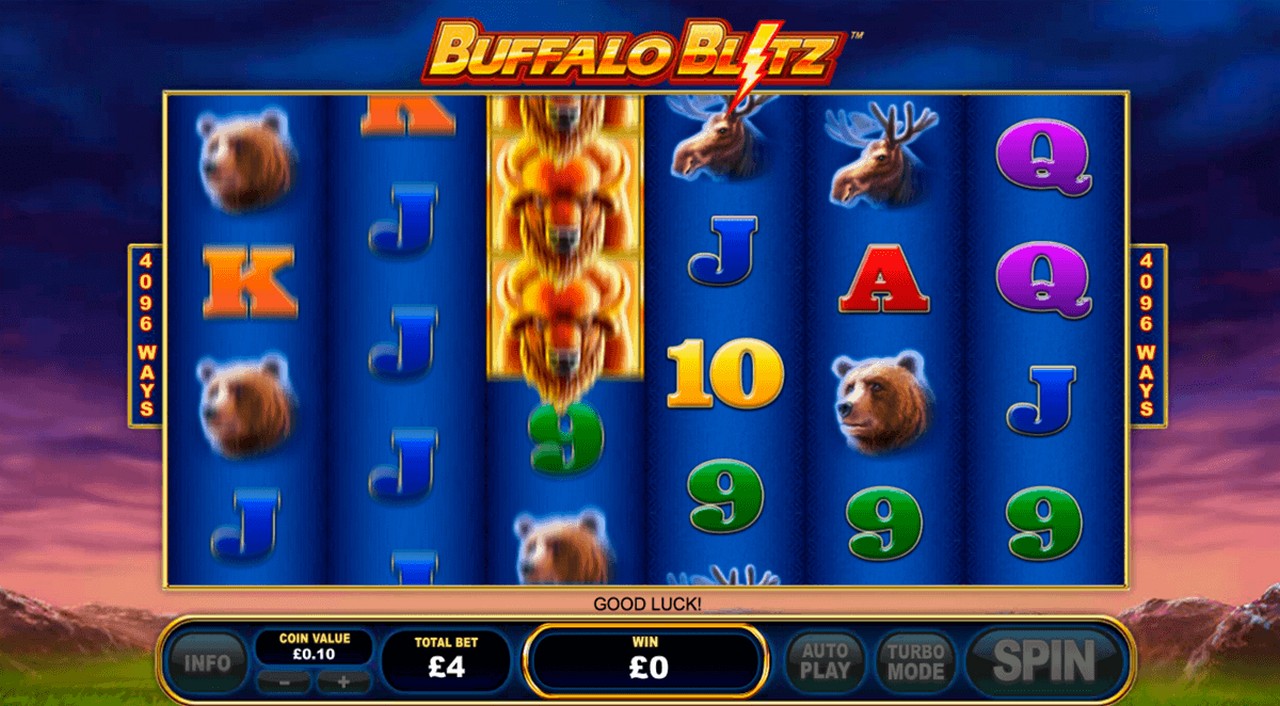 Piggies And The Wolf

The Three Musketeers and the Queen’s Diamond

The Riches of Don Quixote

Write a Review for Buffalo Blitz