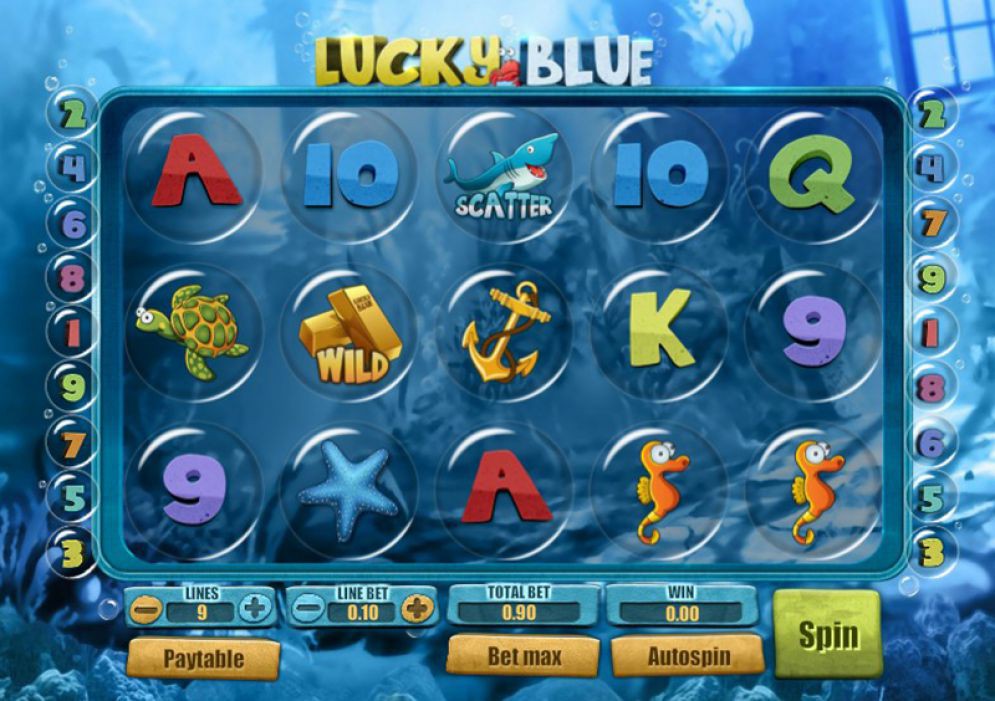 TOP online casino where you can play the Lucky Blue

Search for sunken treasures in the Lucky Blue slot machine

Another creation of the most modern developer of slot machines, BGaming studio, Lucky Blue video slot offers to go to the depths of the ocean in search of sunken treasures. Simple and straightforward gameplay, charming graphics and an excellent RTP level of 96.96% will give you pleasure even during free play.

Travel in the footsteps of Cousteau

BGaming studio is known primarily as the developer of the most modern slot machines (more precisely, video slots), adapted for current computers. They are executed on the HTML5 engine, which does not require the installation of a flash-player, have a high resolution and multi-channel surround sound. In general, from the technical point of view, there is nothing to complain about.

The Lucky Blue slot machine is played in the setting of a "cartoon underwater kingdom". This is evidenced by the stylistics of the symbols - the same "card" of the scatter depicts a joyful shark, and the soundtrack. Therefore, the slot machine may seem frivolous, but to relax and unwind after a working day, it is quite suitable.

The playing field consists of 5 reels with 3 rows each. It is crossed by nine prize lines. You can reduce their number - for example, if you want to lower the rate. Yes, here it is done on every line. As a result, the total bet is the number of active lines × the bet on each of them.

The gameplay is simple and straightforward. There are no bonus rounds (unfortunately) or risk games here. Just regular spins with automatic payout after each one. By the way, the lines are counted only from left to right - this is important to take into account.

Basic symbols include card denominations from nine to ace, as well as seahorse, underwater turtle, starfish, crab and gilded anchor. The largest multiplier is x128. It occurs if five anchor or crab symbols appear on one line. The smallest is x1. It is awarded on paylines that have two nine, ten, jack or queen symbols.

In addition to the standard ones, the machine also has special symbols:

Even a beginner will understand the Lucky Blue rules, and thanks to its light and carefree atmosphere, this slot machine is perfect for a relaxing holiday. Try it right now! On our site you can play for free on the Lucky Blue slot machine.

Write a Review for Lucky Blue