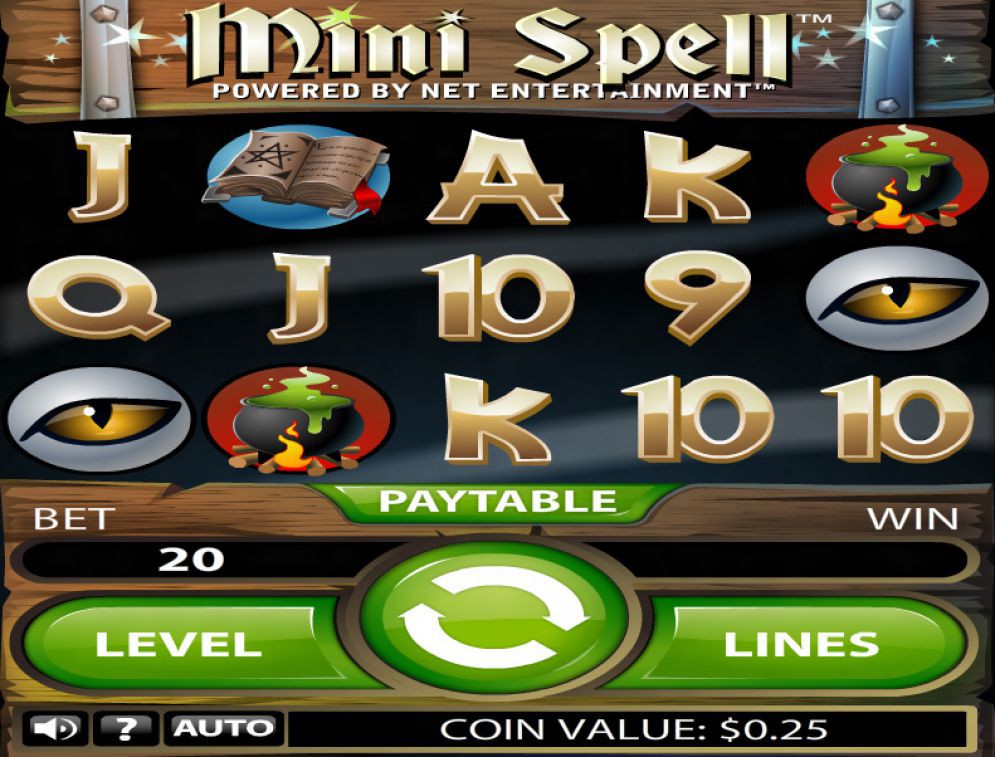 TOP online casino where you can play the Mini Spell

NetEnt studio is known to fans of online casinos as the developer of rather unusual slot machines. And the Mini Spell slot, dedicated to magic and sorcery, is just one of them. He meets with non-standard graphics, which - at first glance - are optimized for mobile devices, but looks pretty good on computers too.

The plot of the slot machine, as you might guess, is dedicated to magic and magic. The player will try on the role of a sorcerer who is trying to cast a spell. Small but very effective. Whether he will succeed in casting this spell - and whether the player will receive huge payouts and pleasant bonuses - depends only on luck.

And on our site you can play for free Mini Spell slot machine. The presented demo version is as functional and offers the same user experience as those found in online casinos. Only the game is played for fans, not for real money. But the pleasure you get from spins and bonuses is real!

The playing field of the classic Mini Spell slot consists of 5 reels, each of which has 3 rows. It is crossed by 20 prize lines. This number is not fixed - it can be reduced to one, while the total bet (and the chance of winning) will decrease. Prize lines are calculated traditionally - from left to right, starting from the first reel.

The set of basic symbols is large enough. It includes card denominations from nine to ace, a cat's eye, a bottle of potion, a book of spells, a witch's cauldron and a magic ball. The symbol with the wizard's hat is wild. It is able to replace any base symbol on the payline in order to form a winning combination. In this case, the payout for the sequence is doubled. Also, the wilds by themselves, in winning combinations, bring the maximum prizes.

The second interesting special symbol is the magic staff. This is a scatter, that is, it is paid depending on the number of dropped out on the field. It doesn't matter if they are on the same prize line or not. In addition, three or more scatters drawn will trigger a bonus round of 15 free spins. All winnings received during free spins will be multiplied by three.

Creature from the Black Lagoon

Write a Review for Mini Spell