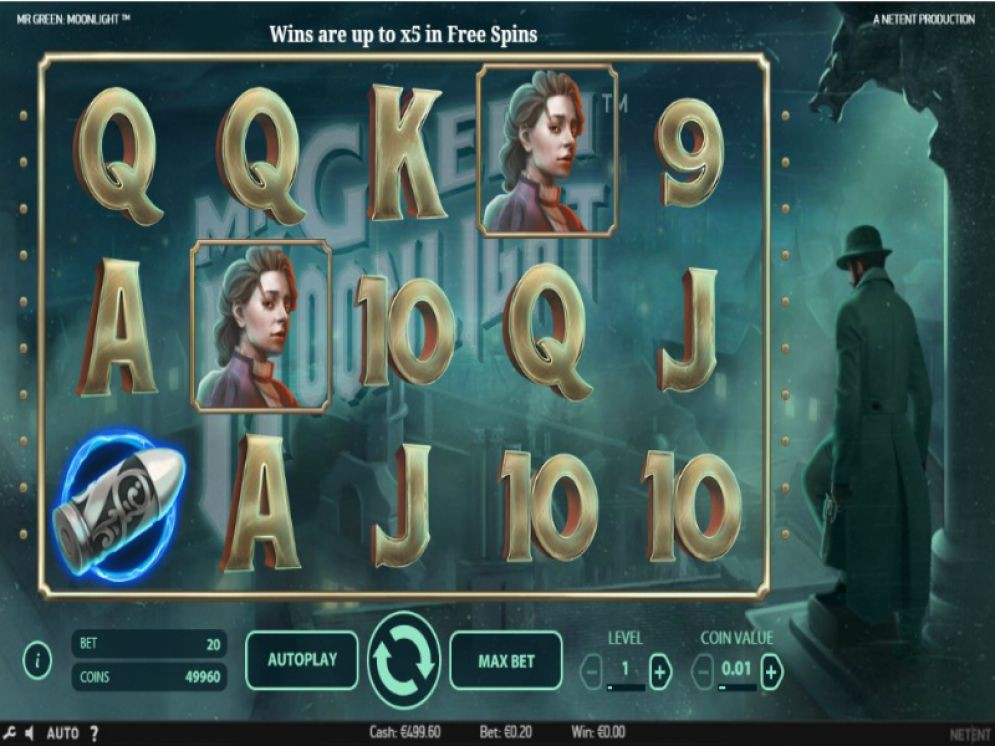 TOP online casino where you can play the Mr Green: Moonlight

A story about werewolves and the hunt for them. Review of the slot machine Mr Green: Moonlight

Slot machine Mr. Green: Moonlight begins with a rather long introductory video that tells the story that formed the plot of the slot. October 30, 1865. Mr. Green of St. James Street lost his beloved in what the newspapers called "Monstrous and Terrifying." But the journalists could not understand that after this incident, Mr. Green turned from an ordinary person into a Werewolf Hunter.

After this story, the gameplay begins. As in any werewolf hunt, the moon will be the main ally of Mr. Green in this slot. Its light is able to bring victory, which manifests itself in significant payments and wins.

Mr Green: Moonlight is one of the few slot machines with a gloomy and frightening setting. Eerie music, muted colors, the style of Victorian England - all this instantly immerses you in the atmosphere of a classic horror movie. And therefore, every payout and bonus is perceived with double pleasure. Check it out for yourself - on our site you can play the Mr Green: Moonlight slot for free.

Time to go hunting for werewolves

The playing field of the Mr Green: Moonlight slot from a well-known developer studio NetEnt consists of 5 reels, each of which has 3 rows. It is crossed by 20 prize lines, which are calculated, as usual, from left to right. Their number is fixed and does not change.

The set of basic symbols includes card denominations from nine to ace, a pistol, a girl, a werewolf and the main character, Mr. Green. All this is done in a characteristic Victorian style. There are two special characters:

During the bonus round, a special feature called Blood Moon Wild is activated. After each free spin, a wild appears on the field in the form of a red colored moon. It also expands into three cells - two on its own reel and one on the adjacent one.

Also, during the bonus round, symbols with multipliers appear on the fifth reel. If the prize line on which they are located is activated, then the multiplier will begin to apply to all payments. First, the multiplier x2 appears, then x3, and so on up to x5.