TOP online casino where you can play the Wolf Reels

Wolf Reels is a slot machine dedicated to the animal world from the developers of NetGame Entertainment.

Have you ever wondered what a variety of animals inhabit our planet. The list is so long that you probably haven't even met many of them. But in the Wolf Reels slot that NetGame has developed for its fans, all the animals are familiar to many of us. If you haven't seen them live, then you've definitely seen them in broadcasts or illustrations. Now let's find out what happened.

Opening the Wolf Reels slot machine, you will find yourself in beautiful forests, surrounded by Christmas trees and thick fog, the developers of NetGame Entertainment have placed the game screen. The playing field of the Wolf Reels slot is framed by a gold frame with patterns carved on it and has five reels and as many as 1024 ways to generate your winnings. The symbolism of the wolf Rils slot is made in a thematic style, so the reels are dominated by images in the form of animals. Among them you will see: deer, hare, owl, wild cat and wolf — they are the most valuable symbols. In addition to these, the NetGame developers added six card names from 9 to A, with precious stones on them. The game also has two special symbols, the first wild (wolf howling at the moon) appears only on the second, third and fourth reels, which means that it cannot form combinations, but can replace any image in the game with the exception of the scatter. Scatter symbol (a coin with the image of a wolf and the inscription Bonus) from three of these symbols on the playing field bring payouts regardless of the location on the playing field, and also activates free spins.

The gameplay during the main game is very standard. There is nothing here except wild symbols, which can replace other images, so you can get winnings more often.

But as soon as 3, 4 or 5 scatter symbols appear on the playing field, you will not only receive an instant cash prize of 10, 50 or 120 times your bet, but also become a participant in free spins. The number of free spins will depend on which of the 5 options you choose. It could be:

In conclusion, I would like to say that Wolf Reels is quite a decent and high-quality slot machine with an animal theme, playing which you will have a great time and earn good prizes. 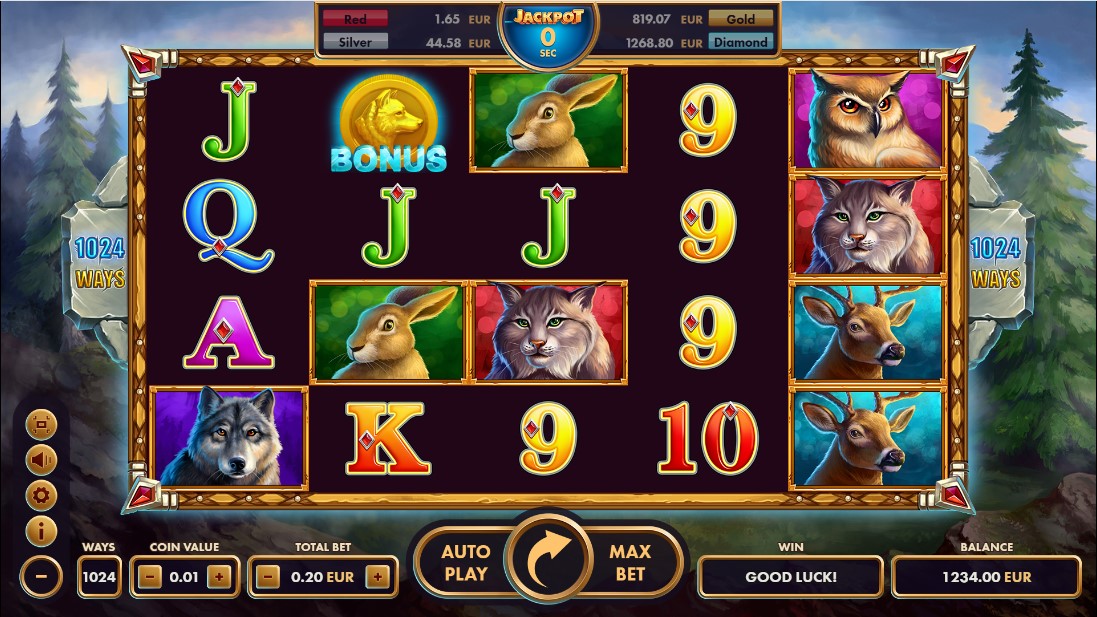 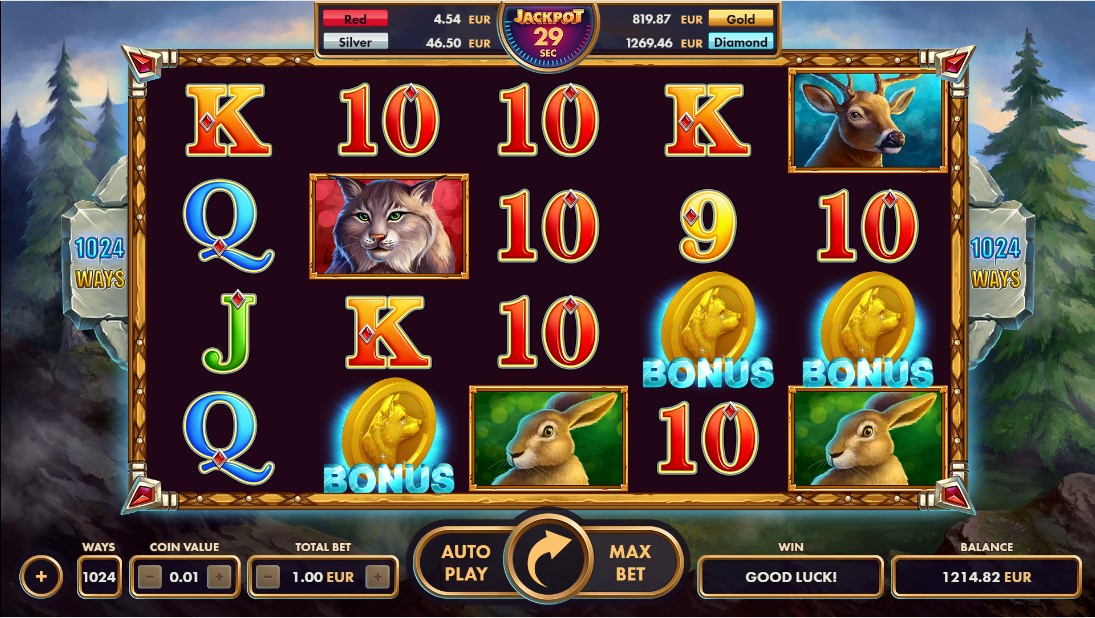 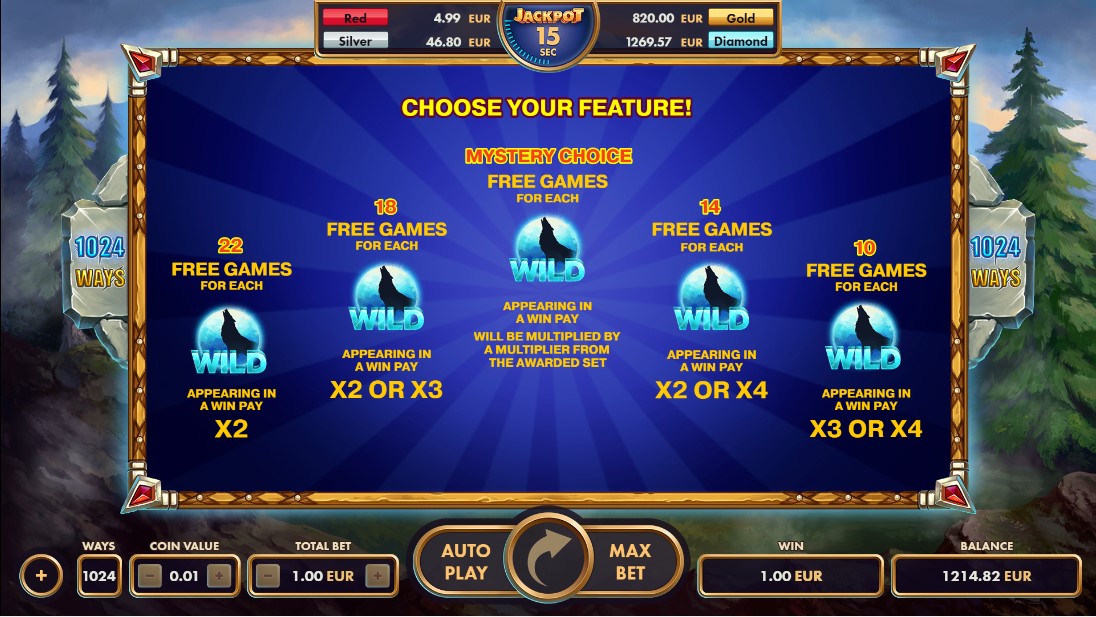 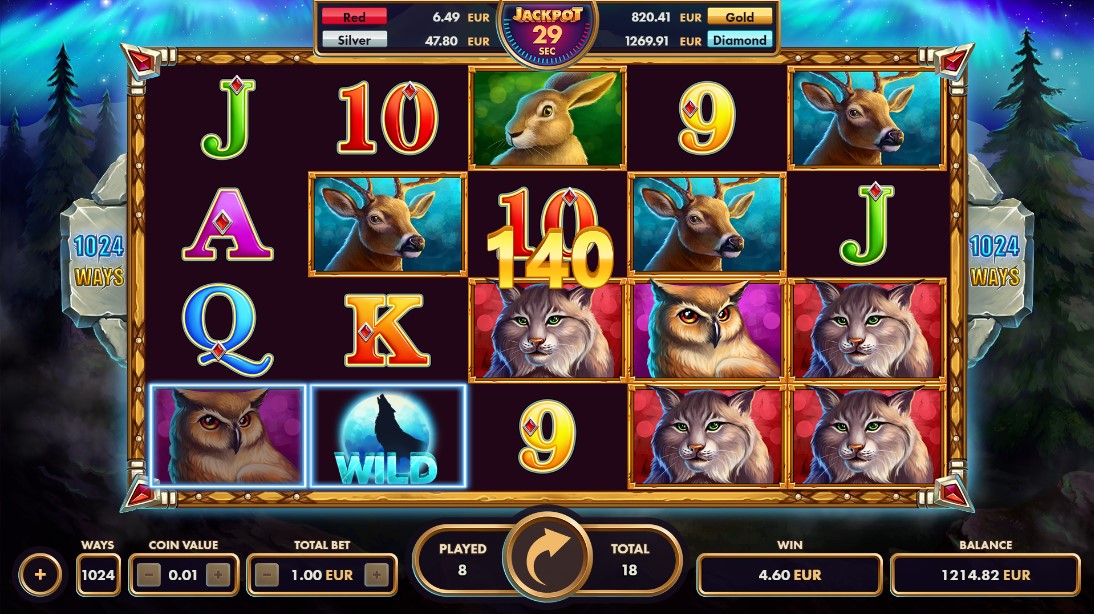 Write a Review for Wolf Reels