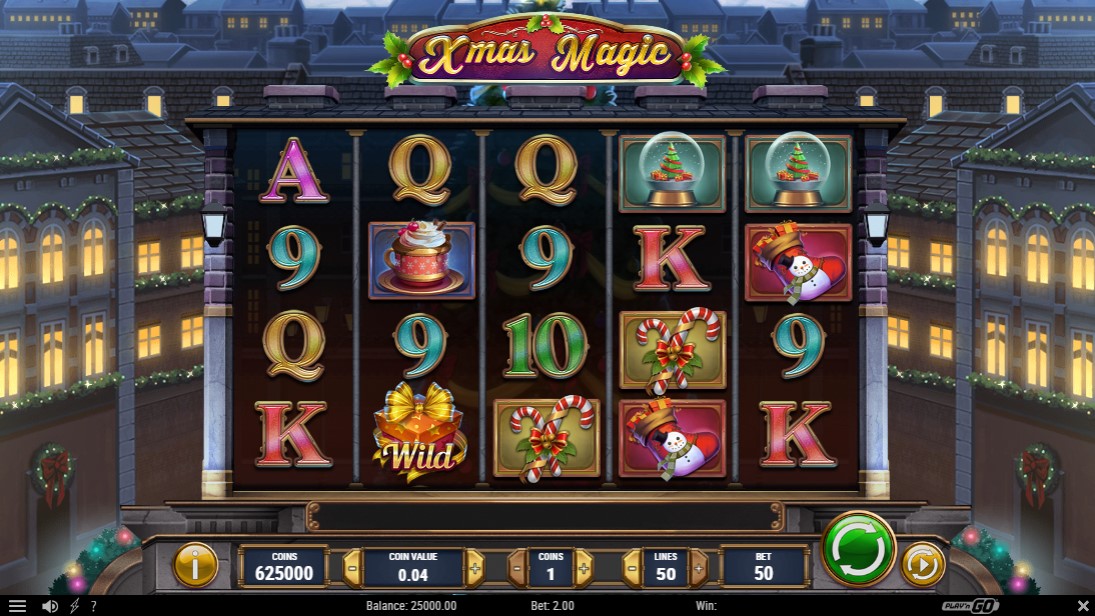 TOP online casino where you can play the Xmas Magic

Christmas is just around the corner, which means it's time for new themed slots. The company Play'n GO quickly got down to business and now our attention is already presented to the slot machine Xmas Magic (Ixmas magic) dedicated to this beautiful holiday. But there is one very strange moment, instead of developing a new slot machine, the Play'n GO company decided not to bother and released an exact copy of the 2015 slot called Happy Halloween. The only difference between these two games is that in the Xmas Magic slot, instead of witches and pumpkins, you will see Santa Claus and snowmen, and in terms of gameplay, nothing new is waiting for you.

Visually, the Xmas Magic slot machine fully corresponds to the Christmas theme, which is why this slot is perfect for playing during this festive period. The playing field is located against the background of a beautifully decorated city, and through the slightly transparent reels you can see a huge, green Christmas tree. As for the technical characteristics, the Xmas Magic slot machine, as well as the previous version, provides five reels and 50 lines to generate your winnings. The symbolism presented in the Xmas Magic slot fully corresponds to the theme of Christmas, which is why you will find on the playing field: a glass ball, cakes, lollipops, a sock for gifts and Christmas decoration, all of these images are the most profitable. Also, the Christmas decoration can appear on the playing field in long stacks, which means that it can fill an entire game column and, if successful, the entire playing field. In addition to the expensive symbols, the developers of Play'n GO have equipped the slot with low-paying card names from 9 to A. In addition, there are two special symbols in the Xmas magic slot. The first is the wild (gift box), which appears on reels two through five and is used to replace the regular images. The second one is the scatter (Santa Claus) that activates the free spins function.

The only bonus feature that is provided in the Xmas Magic slot is the Free Spins feature. In order to activate it, you need to get the main character of Christmas — Santa Claus on the first, second and third reels. As soon as this happens, you will get access to 10 free spins. This number can be increased to 20. to do this, you need to catch three more scatter symbols during free spins. During the free spins feature, you will see Santa Claus flying over the reels, adding two wild symbols to the second, third, fourth and fifth reels on each spin. This creates large stacks of wild symbols on four reels. So there is a chance that you will be able to get four reels completely filled with wild symbols, and if at this moment a stack of Christmas decorations falls on the first reel, you will definitely be able to count on a good win.

Making a conclusion, we can say that in principle, the slot machine Xmas Magic looks quite interesting, and most importantly fully corresponds to the upcoming holiday. The only thing that disappoints is the completely identical gameplay with the previously released Happy Halloween slot. 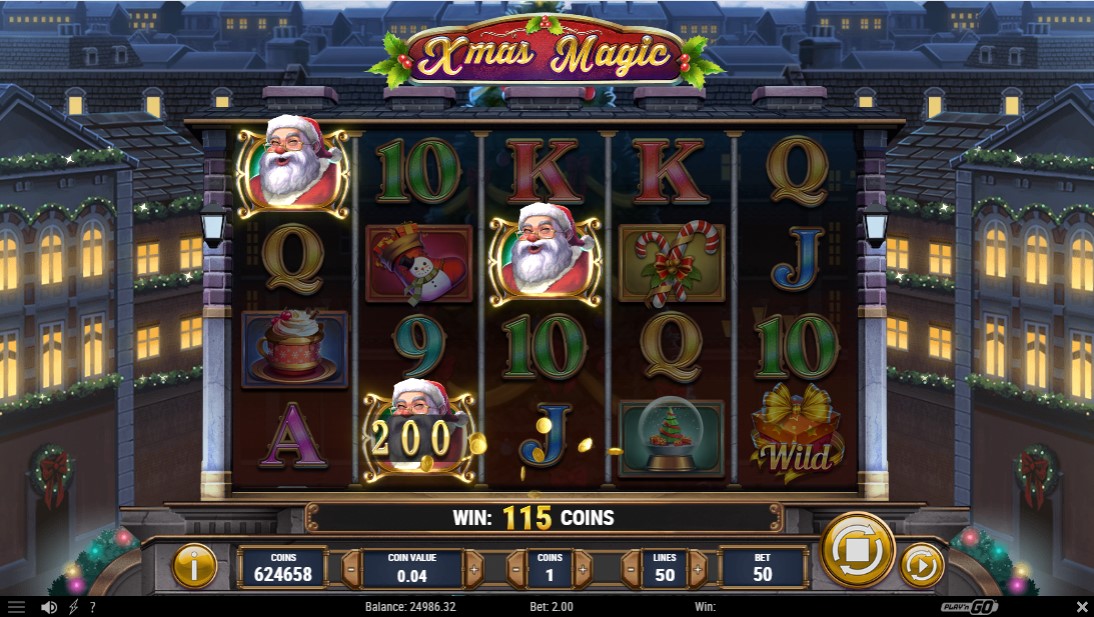 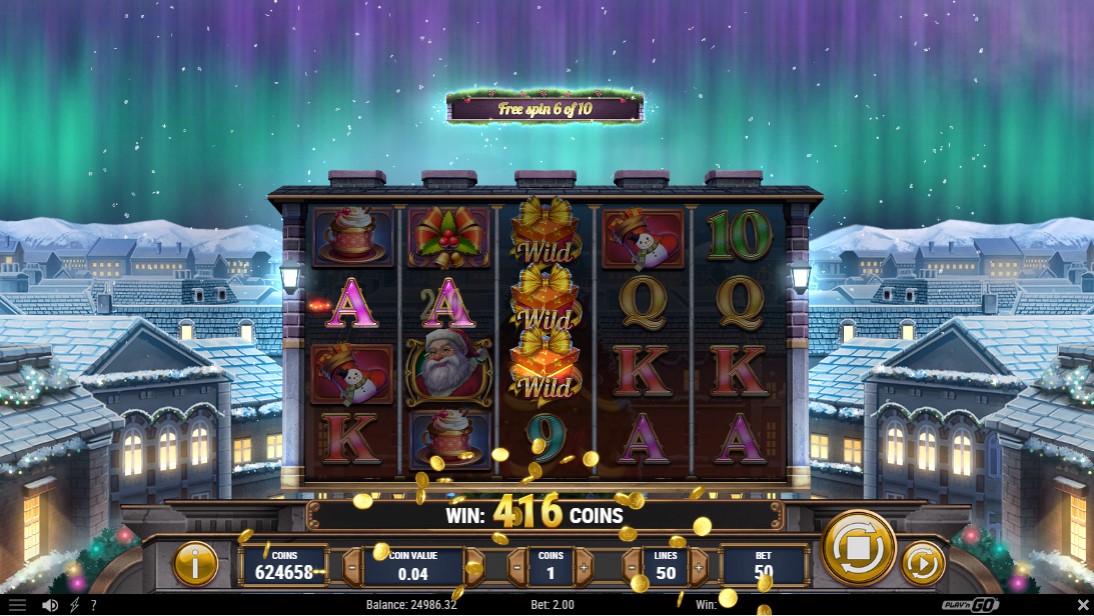 Write a Review for Xmas Magic