List of online casinos with games from the developer Rabcat

The company's content has developed and continues to develop rapidly gaining momentum. It is quite difficult for the average person to keep track of all the changes and the introduction of special, unique options that Rabcat is constantly improving. The administration regularly passes the certification of the random number generator, cooperates with independent audit companies and world-class artists in order to be the first in their business. Therefore, we keep track of new products from this company and constantly update the list of top casinos that support the developer's games. 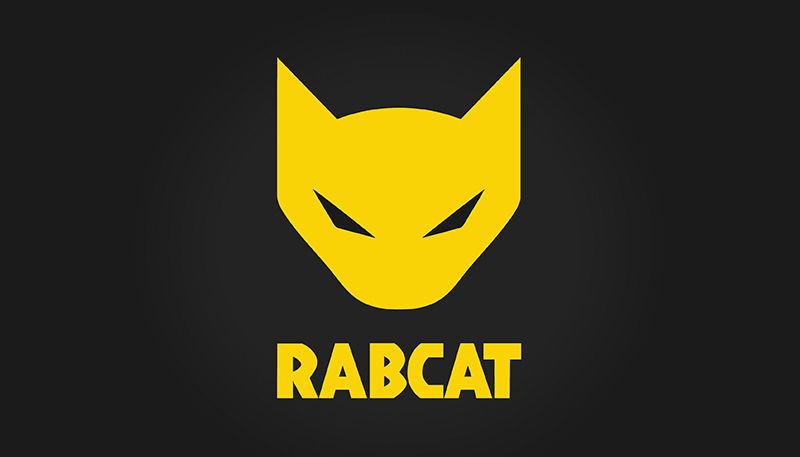 General information about the Rabcat provider

Rabcat company is hardly familiar to fans of online gambling, since, despite its long existence, it has been developing software for online casinos not so long ago.
Since its inception, ee developers have been creating computer games and working with such well-known companies as Rockstar, Crytek, Atari, and also helped in the work of the Dysney Studio. However, later the company's management realized that the world of online gambling is developing rapidly, and that Rabcat is able to contribute to it.
Rabcat was founded in 2001 and is currently a subsidiary of win2day, an Austrian gambling platform. The company started creating slot machines for online casinos in 2011. Rabcat is headquartered in Vienna, Austria, and the company itself is licensed by the UK gambling Commission.
Bo is headed by Thomas Schleishitz and Emmerich Hager, managing two divisions: Rabcat Gambling Productions and Rabcat Computer Graphics. The first division is engaged in creating games for online casinos and has currently released about 10 high-quality slot machines.
The second division is engaged in creating graphics for computer games, models in 2D and 3D graphics, animation, processing motion capture data and was once the only one in this company. By the way, Rabcat currently employs only about 30 people, which is very small for such a company.
Rabcat's slogan Is "Exceeding expectations" and it perfectly describes everything that Rabcat has done and is doing. The company's developers really exceed all expectations by releasing incredible and unique video slots that are a pleasure to play.
Most developers prefer the number of slots rather than their quality. Rabcat is not one of them. B ee portfolio includes about 10 slot machines, but each of them is simply incredible.
It is worth noting that Rabcat's partner is Microgaming, which helps It develop software and also places it on its Quickfire platform. Also, software from Rabcat can be found on the EE platform of the owner - the company win2day.

Video slots from Rabcat can definitely claim to be works of art in the field of online casino game development. The graphics in them are made in HD quality using 3D technologies. The gameplay is characterized by an original and unique storyline and an abundance of bonus features.
When launching games from Rabcat, you can't help but wonder if this is really a slot machine, or a cartoon, or a computer game. Indeed, the main difference and feature of Rabcat video slots in comparison with the developments of other vendors is the stunning graphics, which is in many ways similar to the graphics of computer games.
This is not surprising, since the parent company - Rabcat Computer Graphics-develops graphics for products from Blizzard Entertainment, Rockstar Games, Microsoft Game Studios, Ubisoft and Disney Interactive Studios. Employees of the company had a hand in creating graphical interfaces for games such as Payday 2, the Crew, Overwatch, Forza Horizon 2, Silent Hill Orogins, Grand Theft Auto Vice City and a number of others.
The company also creates games so that they can be easily integrated on any platform.
So, which slots from the provider are popular now?
* Sherlock of London;
* Robin of Sherwood;
* Dragon's Myth;
* Frothen Diamonds;
* Castle Builder;
* River of Riches.
All slots are made in 3D format, have wonderful graphics and animation, not only of the slots themselves, but also of the setting and background.
You can talk endlessly about the design of games from Rabcat. The control buttons are always made as if they are part of the game world. For example, in the game Forsaken Kingdom, they are located on stones that are part of the background. By the way, the background itself is dynamic: clouds are floating, trees are swaying, and the knight performs various movements depending on the game situations.

The company's motto will be interesting-concise, consisting of just two words: Exceeding expectations. It is worth noting that the chosen phrase fully reflects the reality, because Rabcat Gambling video slots have a high level of quality. They turn the user's leisure time into a continuous pleasure, giving a kaleidoscope of positive emotions.
Focusing on the quality rather than the number of slot machines is the main principle of the brand that creates incredibly exciting, creative slots. Slot machines are multilingual, which is their main advantage. It becomes clear that the development of the Rabcat Gambling provider is aimed at numerous gamers from all over the world.

Rabcat Gambling does not stand still and is constantly developing, improving its content. This does not go unnoticed by professional gamers who choose video slots from the manufacturer. More than fifty virtual gaming establishments operate on the gaming software from the Rabcat Gambling provider.
The plots of slot machines are unique, and the slots themselves differ in an abundance of additional options. The action unfolding on the playing field resembles an excellent animated film. The user will note associations with computer games that occur involuntarily when they first look at Rabcat Gambling products.
Finding an online casino that contains a full portfolio of games from Rabcat is quite problematic (even though there are not many games). Most often, the management of online casinos choose several games from the company and they are part of a specific platform, for example, Quickfire.
In most online casinos, Microgaming is listed as the manufacturer of software from Rabcat, so in some cases their games will not be easy to find. The easiest way to search for them is by knowing the names: Frozen Diamonds, River of Riches, Dragon's Myth, Forsaken Kingdom, Castle Builder, Penguin Splash, Scary Friends, the Legend of Olympus, etc.
Currently, Rabcat software offers more than 50 online casinos, including Bet365 Casino, Betfair Casino, Betsson Casino, Unibet Casino, Coral Casino, William Hill Casino and others.

see more
by Rate by Date
by Country rate:
1232 listed